Bay windows are an architectural luxury. They have an elegant feel and allow in loads of natural light. Window Coverings offer control for this profusion and draw attention to the graceful feature. Here are some different styles and tactics you can take to dressing your bay windows.

Over top the Bay

The approach you take to dressing bay windows depends on whether you treat the windows as one large unit or several combined pieces. In this case, the windows are treated as one single unit, with draperies that are mounted outside the bay. The windows themselves surround a radiator, which is topped by a cushioned built-in bench. There is ample header space above the windows to hang a long, straight drapery rod for floor-to-ceiling panels. When the draperies are open, they act as a decorative picture frame for the window seat and the view beyond. When closed, they turn the bench into a snug nook and become a whimsical backdrop for the dining table. 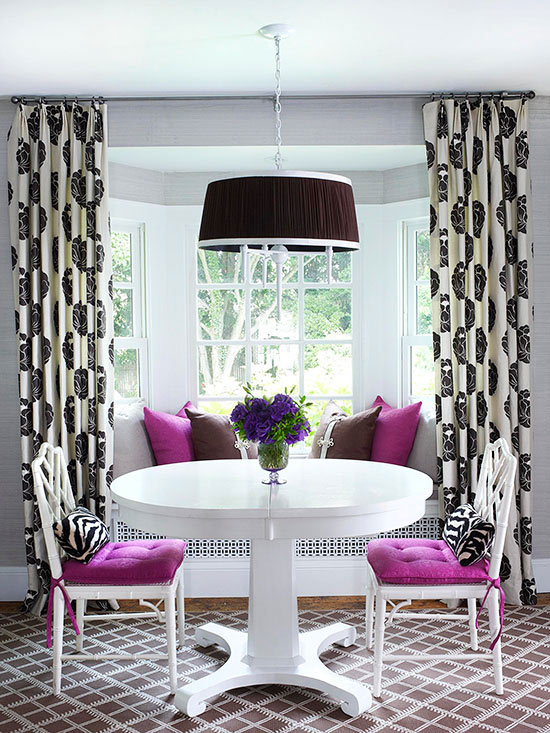 If you choose to treat the windows as distinct pieces, each window will have it's own individual treatment that is mounted inside the bay. Yet the window coverings work in harmony. Here, a single angled rod custom-made to fit inside the shape of the bay peaks the windows. It supports patterned drapery panels that fall to the floor and aren't hindered by built-in seating. If there were a built-in bench, the curtains could be hemmed short enough to accommodate it. Each window has its own covering and privacy control. Another variation on this idea is less for privacy and more for softness and pattern: Instead of full curtains, there might be only two slender panels that flank the bay on either side. 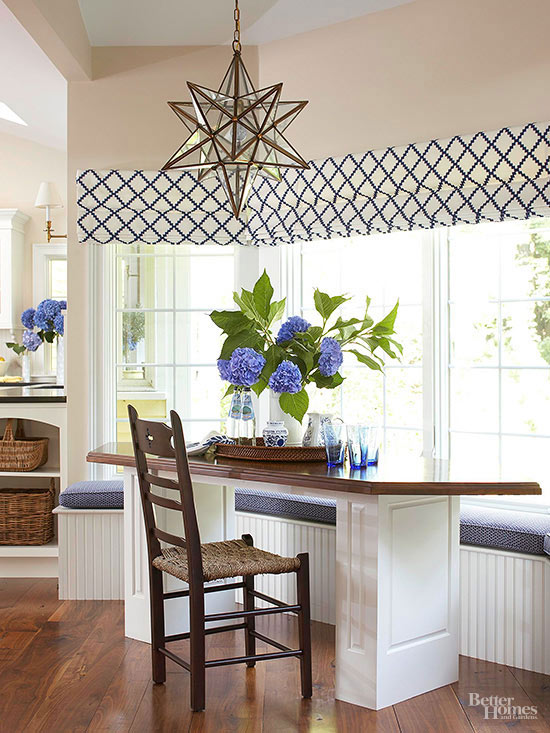 Another way to treat bay windows as one coordinated unit is to choose individual treatments that conjoin. For example, these identical Roman shades are sized differently to fit each window, but they are mounted outside the windows' moldings so they fit snugly next to each other. This creates the effect of merging the windows together visually. You can create the same effect with any style of shades, like woven rattan or cellular, as long as they are mounted outside the molding and meet at the edges. You can also create a similar look with one long valance that spans the tops of all the windows, or cafe drapery that stretch across the windows' midsections. 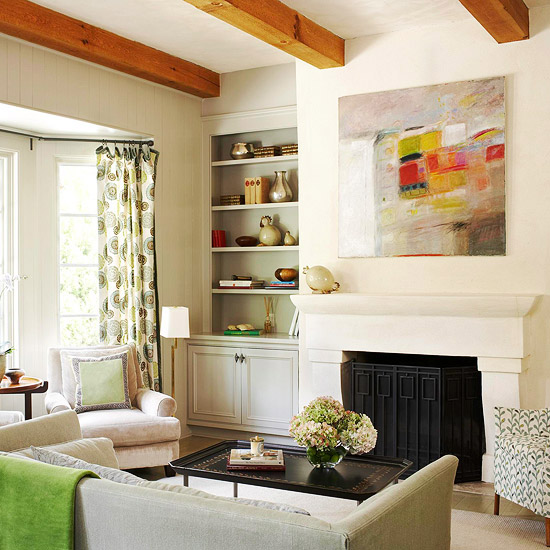 If you like the look of each window dressed distinctly, there are other approaches that highlight the architecture. The key is to have the coverings mounted inside the window molding. Just the opposite of treating windows in unison, these treatments are designed not to touch at the edges, but instead to reside within the window frame. In this kitchen area, for example, the windows are spaced a bit apart in the bay, so individual treatments make sense. Plantation shutters are installed inside the molding to cover the bottom of each window. A pleated valance covers the top portion of the window, staying within the limit of the trim. By keeping the treatments identical, the bay still appears adjoining. 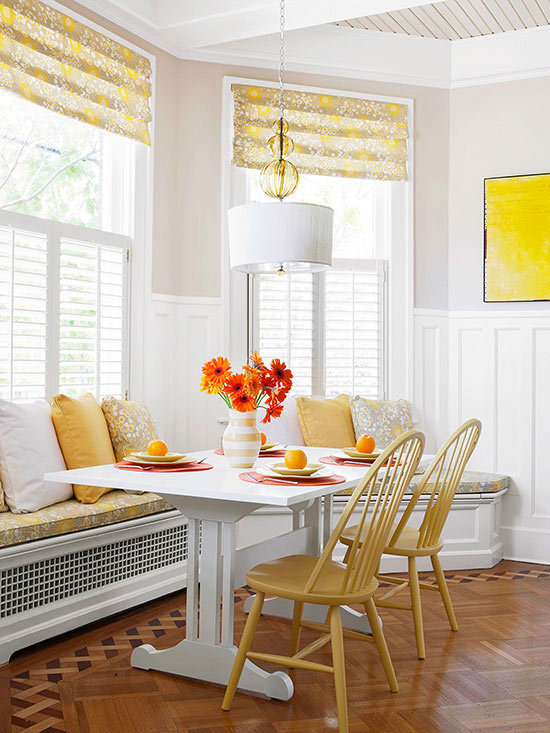